What Encountering a Spider Taught Me about Fear

on December 19, 2018
I hate spiders.
I'm a total spazz when it comes to those horrid little insects. Since I was young I have had (admittedly) entirely irrational reactions to their presence in my home. I’m talking on the ground crying and screaming until a family member came running (job title of which is now endowed unto Dan; insert praise hands-the Lord provides). Though Dan has suggested I attempt a fear factor experiment of sorts so as to overcome this struggle, I have adamantly refused and insisted on persisting in these meltdowns, regardless of if they be proportional to the situation at hand. (Was I really expected to consider that an option?!) Therefore, the worst thing that could possibly happen in my life is if one of these evil little things comes out when Dan isn’t home. I literally pray when Dan leaves that they will stay out of sight until he comes home.
I wish I was joking. 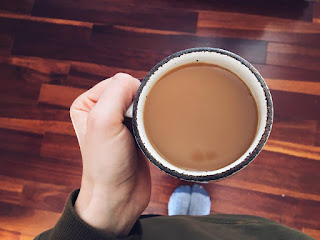 This morning I decided to return to something God began stirring in me several months ago (more to come on this in the future :) ). I admittedly struggle with discipline and productivity, of which I was determined to resist this afternoon. As I headed towards my desk with eager anticipation to show up for that which God has called me to, I noticed there was a tarantula HOVERING OVER MY DESK. Okay, it wasn’t hovering as much as it was just resting on the ceiling. And, fine, it wasn’t as directly over my desk as much as it was a handful of feet away. And, sure, it was more of a small spider than a tarantula, per se, but you go with your definition of what constitutes as beastly and I will go with mine.
And, might I add, Dan was at work.
I considered calling him so as to receive coaching in this weighty task that was set before me until I settled in my mind that even I need to set boundaries with my level of clinginess.
For the next near 20 minutes I paced around my living room tightly clutching onto one of my grandma-esque shoes from Giant Tiger, declaring to myself that I, indeed, would be victorious in this battle. (This, unfortunately, actually did happen). That I’d just face my fears and be better for it. I had momentary surges of courage until I walked up closer to the tarantula (can we talk about how even typing that word gives me the heebs?) and was reminded again of its magnitude and my deeply ingrained fears. Suffice it to say, there was much talking to myself and also the tarantula.
Ridiculous, I know.
And then, right there in the middle of the greatest battle of my life, I had a thought. A realization, of sorts.
It came to me with the sharpest of clarities that these few moments really encapsulated my relationship with fear as a whole, and thereby the manner in which I walk through my life and callings.
Hear me out. Maybe you can relate.
How often do we stall in the pursuit of that which God has called us to out of the fear that seems to nestle itself right in front of it? How many times do we fail to step out into what God has laid before us out of the timidity of that which we will need to overcome and walk through on our way? 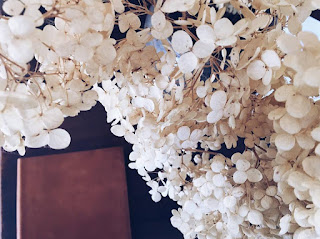 Because, truth be told, I am not just afraid of spiders.
I am afraid of loss.
I am afraid of discouragement.
I am afraid of shifting/shattering of plans.
Friends, I am entirely terrified of that which is to come because it is all just so scary & uncertain & unknown & risky.
Can you relate?
And so I cower. I retract. I sacrifice the goodness & glory God desires to raise out of my life in a posture of fearful surrender. And not the good kind. Surrender to my worries, anxieties, and assumptions. Surrender to my pessimism and skepticism. Surrender to my own heart and its worrisome tendencies.
Something God taught me this year in the Gospels?
Fear disarms, disables, and discourages.
It disarms us from the strength God offers.
It disables us in a paralysis of panic.
It discourages us out of confidence in God’s competence and capacity.
It also combats our remembrance of who Jesus is and His restful and assuring promises, which is why it is so devastating and crippling.
(Check out Mark 14:66-72).
I have learned that our assurances hinge on that which we set our gaze upon.

To return to the trauma of this morning, I noticed that the longer I merely stared at the tarantula, the greater the grip of fear.
Further, the more time spent merely considering the magnitude of the beastly creature, the more possible outcomes came to my mind-all of which were catastrophic, by the way. What if it falls to the ground and runs away? What if it crawls down onto my arm? What if it drops into my coffee? (I don’t quite understand why I didn’t just move the mug...) What if during their fall to the ground they call out to their tarantula family and they all come out of hiding and dan isn’t home and all I have is my one grandma-esque shoe from Giant Tiger to defend me? Irrational? Actually, no. But lets move on.

Here is my point. Indeed, whether it be a greater faith or weightier fear, know that that which your eyes are set upon will determine the posture of your heart. Whether it is bold & confident or fearful & cowardly.
I love 2 Timothy 1:7: For God has not given us a spirit of fear but of power and love and of a sound mind. God does not lead His people into a panicky, frantic state of living. Fear is never a tactic God uses on His people.

I think sometimes fear is so easy to settle into because it seems more logical than faith. The uncertainty of life seems to declare the necessity and inevitability of fear. To that I have been declaring Isaiah 43:2 on repeat the last couple of months.
When you walk through the waters, I WILL be with you;
and through the rivers, they shall NOT overwhelm you;
when [*note: not if*] you walk through the fire you shall NOT be burned, and the flame shall NOT consume you.

God is ahead of us. He is sovereign and powerful, and this is what frees us up from the what-ifs in the face of the uncertainties of the future.
I think it would do us much good to fight to remove our gaze from our circumstance and ourselves. Because, our victory hinges neither on the magnitude of what we are facing nor the capacity of what we may conjure up within ourselves to offer.
No, we set our eyes on Jesus because only He is capable and willing. Nothing is too big or small in His sight. He is our intercessor and provider, our courage and our strength.

So, I guess what I am hoping to impart onto anyone that read this far, thereby persisting through my admittedly dramatic occurrences of the day (but not actually; I would argue that it was an entirely understandable reaction), is this: go. Step into what God has called you to. Don’t let fear claim one more moment of purpose that God offers. Don’t shy back from taking that step set before you today; though it be different from mine, you know which one it is. It’s the one that is brimming with risk and uncertainty. It’s the one that requires more of you than you have to give. It’s the one that fear often hovers over. Most importantly, it’s the one that faith & strength & courage & Jesus are in.
Press into your calling & never take your eyes off of Jesus.

Isn’t is ironic that a run-in this morning with my greatest foe led to this blog? Maybe I am learning not to detest the tarantulas of the world so much, after all.
(Kidding, should there be another one please send help.)

No weapon that is fashioned against you shall succeed. Isaiah 54:17 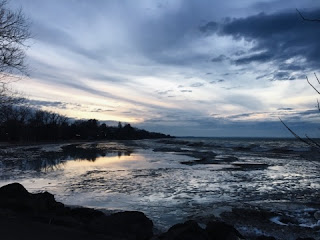 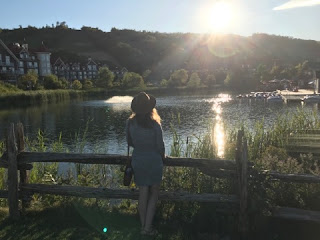 A Note to the One Walking through Loss: Reflections One Year Later

October 17, 2018. One year ago today. I recall it vividly. I remember Dan and I heading into the ultrasound room, seeing that little heartbeat flicker, leaving with joy, and retiring the day with a sense of anticipation and eagerness for the new season we were entering.


I also vividly recall, moreso, actually, the following morning. The quiet way my doctor reviewed the results of that ultrasound. The spinning nature the room assumed as soon as he began to speak. The crushing weight of those words:”low heart rate...50% chance of survival...even if they survive, there is a good potential they have a heart defect...” Much of these utterances needed to be reiterated to me later by Dan, because I somehow seemed to lose myself in that room. In that moment. A loss of some hope, a lot of joy, and a part of myself.
To those who have found themselves in similar moments, know that I think of you often. It has been a heartbreaking thing to encounter so many other couples who have walked through their o… 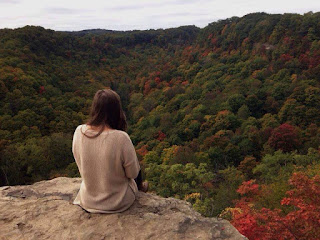 Tips On How To Comfort A Couple Walking Through Miscarriage: The Do's and Don'ts

I have found myself still a little surprised each time I sit down to write about our miscarriage this past fall. There remains an aspect of shock at the words my fingers type and string together on the screen before me; surely this cannot be our story. It is often uncomfortable and always painful to share, and yet we have resolved to allow God to bring life from these ashes in the hope that our story would somehow bring light and goodness and faith.
And so, it is out of this desire that I have chosen to speak to this topic, that of how to best meet and minister to those walking through miscarriage or fertility issues. For several months I have planned to sit down and put to paper the many thoughts and ideas I have had, but repeatedly I have resisted doing so out of the concern that my intentions would be misunderstood. However, I believe there are too many couples walking through this particular aspect of suffering for me not to offer up some words of wisdom.
To firstly note, this blog … 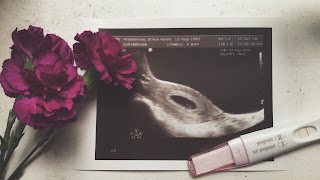 I knew I would write this. From the moment my doctor told me, I knew I would write this. But I didn’t think I would write it now. I thought I would share this painful heartache not necessarily once I was out of it, but at least once I found some meaning in it. Some reason to it. Some consolation within it. Some word of encouragement to speak from it. But it is on this day-one that followed a night of crying and began with a sense of loss and emptiness in my heart that I don’t know I will ever be able to eloquently articulate- that I find myself writing out the words I fervently prayed would never come to be.
To our sweetest surprise, Dan and I found out in early September we were pregnant. Though it took six pregnancy tests for me to believe it (actually!), once the reality set in, so too did a desire I had never felt before. Yes, we always said we wanted to have children. But never had I experienced an urgency to start that process quickly. I will speak more to this at a later time…